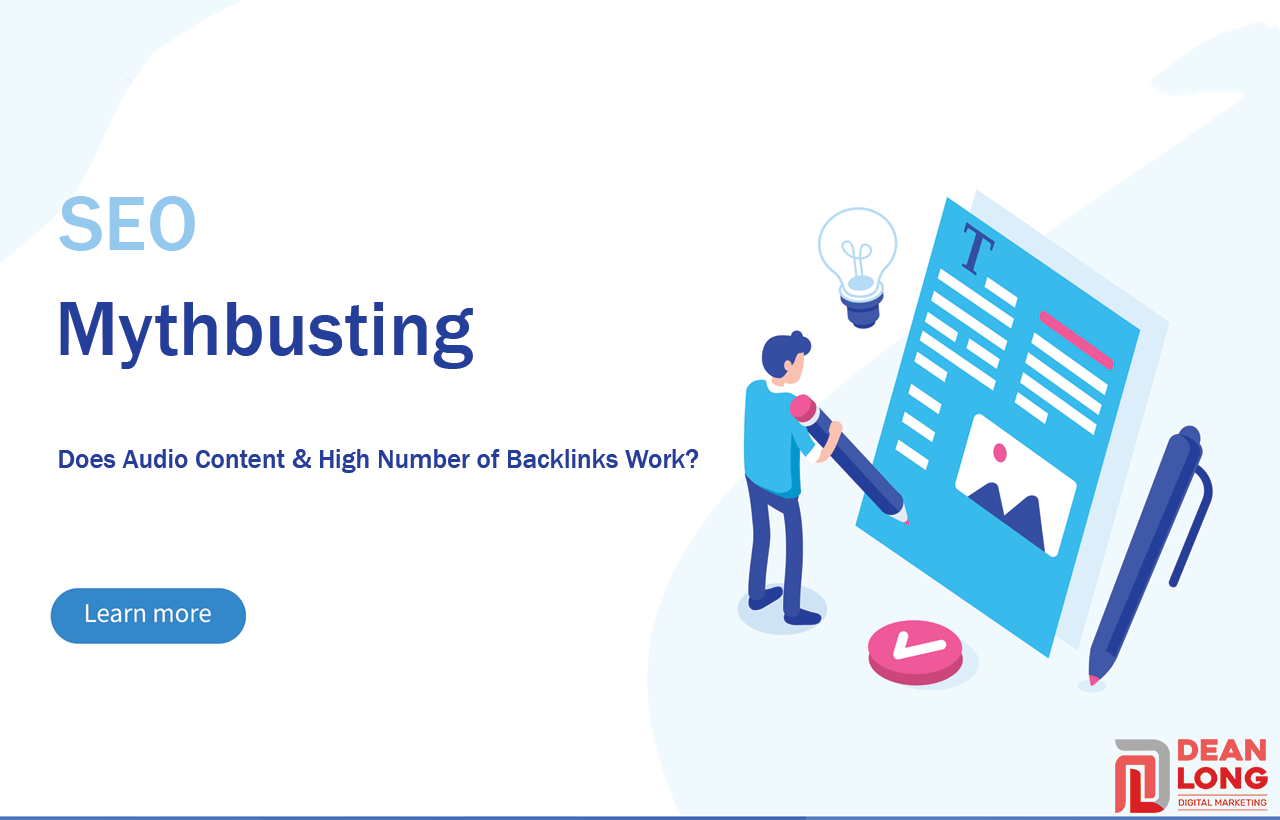 If Google is known for one thing above all else when it comes to talking about how to climb their search engine rankings, it’s that they are notoriously tightlipped.

At the same time, though, Google search engineers have made concerted efforts in the last few years to dispel some of the biggest search engine optimization myths that plague this industry.

Remember, above all else, Google wants to make sure that the best, most relevant and accurate information is getting in front of their users as quickly as possible.

And that’s only possible if the best, most relevant, and most accurate information isn’t very deep within SERPs because of outdated or ineffective SEO.

Two myths, in particular, have proven to be particularly pervasive in the SEO community recently:

In the Wild West days of search engine optimization (the early 2000s), it was possible to basically chuck a website online, stuff it full of every keyword you could imagine, and point a handful of backlinks to it and you’d skyrocket to the top of the SERPs.

Around 2008 through 2010, people realize that keyword stuffing really wasn’t all that helpful, but folks really doubled down on the importance of getting as many backlinks as possible.

This was when we started to see link wheel systems, pay for play backlinks from any website willing, and spam tools designed to flood social media, forums, and blog comment sections with backlink after backlink (after backlink).

Try that today, though, and you’d be shuffled off to the very back of the Google Sandbox faster than you ever thought possible – and you’d probably stay there permanently, too!

“We try to understand what is relevant for a website, how much we should weigh these individual links, and the total number doesn’t matter at all. You could go out and create millions of links on millions of websites, and Google could just ignore them all”.

John also said that a single link from a highly relevant, credible, and the authoritative site could send a lot more “link juice” to a page in Google’s eyes than a hundred links from low relevancy, less than credible sites ever could.

If you’re going to keep chasing backlinks, improve the quality and calibre of those links rather than just try to gin up as many of them as you can.

Audio Matters (But Way Less Than You Think)

The other myth dispelled by John Mueller is the idea that having an audio version of your website’s text would somehow boost usability, in turn boosting your search engine results.

Turns out that’s not really the case really, either.

When asked, “would adding the audio version of page content help with the search in any way?” John responded that Google doesn’t really do anything with audio content from a search engine result standpoint.

He did confirm that Google won’t see audio content as duplicate content (so you don’t have to worry about penalties there), but it does help with usability for sure.

That might work to increase your Accessibility Score inside of the Lighthouse Report, but it’s also going to increase your page load times – and that’s always going to have a negative impact on search engine optimization.

At the end of the day, only you are going to know whether or not the extra accessibility in exchange for decreased SEO impact is worthwhile.

Image and Video Have Their Separated Ranking System

We know something we shouldn’t do, but what else can we do? Image and video are confirmed using a separated ranking system. With that in mind, adding images and videos (Rich-medias) is helpful in your SEO boosting. Those content types can each rank independently as Google image search and video search are two other primary systems in the Google network.

“I think it’s a bit different with video and images in that images and video themselves can rank independently. Like in image search and video search, you can have the same piece of content be visible in those other surfaces. But for audio, we don’t really have a separate audio search where that page could also rank.

The closest that could come there is the podcast search that we have, or the podcast one box thing, but that’s really tied to the podcast content type where you have a feed of podcast information and we can index it like that. But just having audio on a page by itself, I don’t think that would change anything automatically in our systems.”